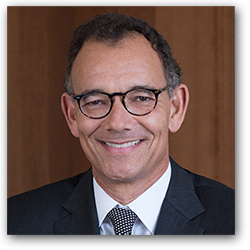 Matt Miller is a partner, political economist and corporate affairs advisor at Capital Strategy Research, a unit of Capital Group, one of the world’s leading investment firms with 30 million clients and $2 trillion under management (mostly through the American Funds family of mutual funds). Miller’s duties include analyzing policy trends that affect investment decisions, and supporting Capital’s communications and engagement efforts with a wide range of external audiences. He also hosts the firm’s podcast, “Capital Ideas,” which features a blend of long-term investment insights from Capital’s team, and conversations with top authors and thinkers relevant to global finance.

Miller joined Capital in 2015 after a diverse career in business, public policy and journalism. In his policy work, Miller was a columnist for The Washington Post, the host of public radio’s week in review program, “Left, Right & Center,” and a senior fellow at the Center for American Progress. Miller's first book, The Two Percent Solution: Fixing America's Problems In Ways Liberals And Conservatives Can Love (2003) was a Los Angeles Times bestseller. In its cover review, the Washington Post's Sunday Book World called Two Percent "a welcome return to political thinking on a big canvas agenda;" the Wall Street Journal called it a "small marvel of a book." His second book, The Tyranny Of Dead Ideas: Revolutionary Thinking For A New Age of Prosperity (2009) was called “downright prescient” (Time) and “fascinating” (Washington Post). Miller was previously a columnist and contributor at Fortune, Time, and The New Republic; he wrote a syndicated column for Tribune Media Services from 1996 to 2004, and served as a guest columnist for the New York Times op-ed page (subbing for Maureen Dowd) in the spring of 2005. His 2000 article for The Atlantic, “Health Care: A Bolt of Civic Hope,” was a finalist for the National Magazine Award in the public interest category. Miller’s commentary was featured on The Colbert Report and Real Time With Bill Maher, and he served as a frequent guest host on MSNBC.

Miller ran for Congress in California’s 33rd Congressional district in 2014, winning the endorsement of the Los Angeles Times as “best suited...to revitalize the stalled conversations currently dominating Washington,” along with praise for his “keen analytical mind and a set of creative and forward-looking proposals.”

In his business life, Miller began his career at McKinsey & Company and then served as a senior advisor there from 2004 to 2014, where he served corporate, nonprofit and government clients on issues of strategy, policy and communications.

Earlier Miller served as Senior Advisor in the White House Office of Management and Budget from 1993 to 1995. From 1991 to 1992 he was a White House Fellow, serving as Special Assistant to the Chairman of the Federal Communications Commission.

Miller is a member of the Council on Foreign Relations and the Screen Actors Guild (thanks to a cameo appearance in the thriller, The Siege.) He was a longtime board member of the Partnership for Los Angeles Schools, and was appointed by Secretary of Education Arne Duncan to serve on The Equity and Excellence Commission, which examined inequities in school finance. He speaks often on public policy to diverse audiences, including invited sessions at No. 10 Downing Street, and with official groups in Beijing and Shanghai at the request of the U.S. Department of State (including a talk at the Communist Party’s executive training center). His wife, Jody Miller, is the co-founder and co-CEO of Business Talent Group, now a wholly owned subsidiary of Heidrick & Struggles. They have a 24 year old daughter and live in Los Angeles and New York. 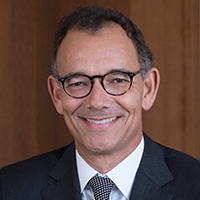 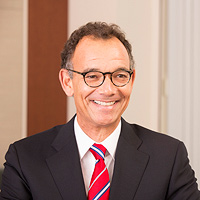